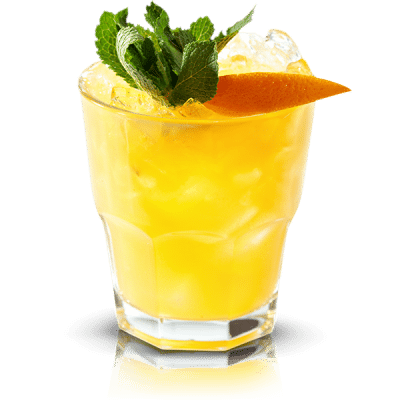 3 to 4 sprigs of spearmint

If there’s one thing everyone can agree on, it’s that the whiskey smash is a type of julep. All smashes are juleps, but not every julep is a smash. So what’s the difference? In 1888, the bartender Harry Johnson introduced the smash as a category separate from the julep, but he never really adequately explains the difference. Typically his cocktails were strained and served in a “fancy bar glass,” smaller than a typical julep glass.

In 1930, the whiskey smash also appeared under the julep section of The Savoy Cocktail Book. However, the only real difference was a matter of scale, with the smash once again being served in a smaller glass.

Today, the smash is even more open to interpretation. While it’s recommended to use seasonally appropriate fruits and herbs, they can also serve simply as garnish. But the basic elements of the drink remain unchanged from the 1800s. All you need are a spirit base, ice (strained or not), an herb, sugar and fruit. Put it together and you’ve got a smash. And also possibly a julep.